Discussion at the Spectator Why Fear Nuclear Energy?

Podcast: https://www.spectator.co.uk/podcast/why-fear-nuclear-energy- with Julia Pyke of EDF and Mark Jenkinson, MP for Workington.

The recording has been well received, but why do editors insist on using a picture of cooling towers to illustrate nuclear energy? There are no longer any cooling towers at UK nuclear stations – there only ever were two. I realised that all the symbols, icons and pictures used for nuclear are woefully inadequate, and so I posted the following:

The symbols and pictures used for nuclear energy misrepresent the science, the technology and its promise. 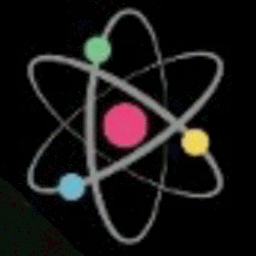 The electrons in an atom should properly be shown as a cloud, but far worse the nucleus is 100,000 times smaller and should be invisible. That is why nuclear energy is so safe inside a tiny volume guarded by an electric field that is quite impenetrable to all but the unstable neutron. We should challenge image makers to come up with something better that gives an impression to match its benefit.

And the radiation symbol? Usually in use where radiation is insignificant. Like in the story of Peter and the Wolf, the over-use of proclaiming danger is counter-productive. Safety is not a matter of making people frightened. Radiation is benign in almost all circumstances.

Then there is the representation of nuclear power stations by cooling towers with water vapour coming from the top. But these are not essential – or unique – to nuclear energy and are often absent. What is important is the size of a nuclear power station – small compared to a coal one and minute compared to the nature-devouring footprint of “farms” providing electricity from solar and wind on a good day.

Too often the nuclear industry goes out of its way to emphasise how big and macho it is. It should do the opposite. Work for graphic designers.

We Shall Not Burn Carbon?

SONE has long recognised that, whatever their proclaimed dedication to reducing CO2 emissions, most people will not tolerate loss of power. Relying on self-denial of access to energy is wishful thinking. Governments understand this too. Thus, when in late August and the first few days of September, the UK sat under a huge anti-cyclone and wind power fell to negligible levels, the National Grid quickly ordered two old coal-fired power stations to start up. Of course, in a couple of years these stand-by coal stations will no longer be available.

Then what? No doubt there are many who are prepared, for environmental reasons, to deny themselves the comfort and convenience of access to affordable, reliable energy, but for most people, abstract arguments about climate change will go out of the window if the normality of their lives is threatened. And what Government is likely to impose a hairshirt in the name of saving the planet?

The authorities in Germany well understand this. There they are ensuring that coal burning power stations will always be available, just in case the wind or Russian gas fail. Helping save the planet will take second place to keeping the lights on!

Pandering to the notion that we must have more wind power, the UK Grid Companies, encouraged by the power producers who wanted to build more and more subsidised wind farms off the west coast of Scotland, agreed to build a new connector from the Scottish West coast to the Deeside Hub (obviously in Wales, but the power is destined for England!) The cable travels under the Irish Sea and makes landfall on the north coast of the Wirral; it then travels down the peninsular and crosses the Dee estuary to the Deeside Hub. The projected cost of the project was £400 million but the actual cost rapidly escalated to £1,300m. The scheduled on-line date of 2015 slipped to 2019. Worse, however, the 600KV cable designed to carry 2,200 MW of power could only manage a few hundred megawatts during those periods when it was not completely down. Now the plague of trips has resulted in a major review. The cable is currently being surveyed on the sea bed but rumours have it that a major recabling will be required. Meanwhile, we hapless electricity customers are paying the wind farm owners, many millions in compensation for not taking their power!

A couple of decades ago, a Danish group of researchers reported that they had observed an interesting change in the North Atlantic. Apparently, every winter a large finger of ice usually formed off the southern tip of Greenland. This freezing out of water near the surface caused the resultant, more concentrated brine to sink in this particularly deep part of the ocean. This had the effect of creating a significant ocean current. In fact, this was a major pump for the Gulf Stream. The Danish observers, however, noted that, presumably because of global warming, this ice formation had failed to materialise for several years in succession. It has failed to materialise ever since. For some decades now, one of the main drivers of the Gulf Stream has gone missing. More recently, another team of Danish researchers has reported a measurable weakening of the Gulf Stream. This they attribute to surges of cold water flowing down from melting polar ice and northern tundra. Coupled with the loss of the Greenland ice pump could this destroy the Gulf Stream; and in a very few years? This of course is extremely important for the UK climate. The Gulf Stream keeps our winters warm; it is what stops us having the sort of climate that Quebec or northern Japan enjoy, both of which are nearer to the equator than Britain and both of which suffer winters the like of which we could not cope with. We could be plunged into our own mini-ice age! Interestingly, the thermal profile of deep crust borings have shown that, historically, at the end of previous highs of global temperatures, the North West of Europe seems to have seen its temperatures fall dramatically. Indeed, a mini-ice age, lasting it seems a mere thousand years. Perhaps the resultant large ice coverings, with their ability to reflect more of the sun’s energy, could be what triggers a reversal of global temperature rises and the earth begins to cool again. This would certainly fit with James Lovelock’s theory that the earth has its own ways of self-correction when things start to deviate from the norm. Maybe, far from preparing for global warming, our politicians had better plan to cope with our own “Global freezing!” A programme of new nuclear builds would help!

Researchers at the Lawrence Livermore Nuclear Laboratory in California, have reported a major breakthrough in nuclear fusion. As part of their $10 billion project, they claim to have demonstrated “fusion ignition” for the first time. Using powerful lasers concentrated on phial of deuterium and tritium, they produced the enormous temperatures required to create a fusion chain reaction. Admittedly, the burst of energy lasted for only 100 trillionths of a second but for that time, energy was produced at a rate of 10 quadrillion watts. (How on earth do they measure these parameters?) It has been observed that this energy release is just about enough to boil a kettle! Moreover, the fusion energy produced was less than the input laser energy needed to cause the ignition. So, while this is a very significant achievement, there is still a very long way to go before fusion energy is commercially exploited.

Slowly but surely, the UK’s energy policy has slithered into the precarious situation where we can no longer rely on our own generating resources to keep our own lights on. Politicians glibly refer to our numerous interconnectors with mainland Europe to cope with our demand when the wind doesn’t blow hard enough. The cross-channel interconnector was meant to provide some mutual back-up for unusual situations; we now seem to be reliant on a continuous supply by this cable. Nothing wrong with this if you do not regard security of supply of energy as sufficiently important to believe it should be in our own hands. Our vulnerability in this area has recently been exposed by the fire in the French interconnector. We shall now have to face the coming winter with at least half its capacity unavailable. It seems that the Scots are actually planning in a few years to commit the whole of their own supplies of electricity to “renewables” and will routinely call on French (nuclear) supplies (delivered via the English grid) whenever the wind or sun fail to deliver. This is likely to be quite often during winter when most Scottish customers might be in need of some light and heat. Oddly, it will also probably be cold and dark in France as well as in Britain during a winter cyclone. It is difficult to envisage the French risking their own lights going out so as to give comfort to the British! One understands why the Germans are keeping a few coal fired generators up their sleeve, perhaps also in case the precious Russian gas runs out in Europe, before it can get anywhere near to the UK. A dark, cold February afternoon, perhaps around 4.30, this coming winter might prove to be an uncomfortable one for our grid and those who are taking such risks with our supplies. Of course the finger will be pointed at the industry but, in reality, it will be the policy makers to blame when the lights do go out.

Is the mood changing?

Suddenly, we are seeing more and more positive suggestions that new nuclear power stations are needed. The Times, having earlier declared itself in favour of nuclear(!), reported (on 25th Sept) that “Ministers are backing a multi-million pound plan to build another large-scale nuclear power plant in Britain…”. Apparently, the government is in discussions about resurrecting the plan to build a large power station at Wylfa. The penny seems to have dropped in BEIS that “under present plans, by the early 2030’s, the proportion of nuclear power on the grid will be insufficient to provide reliable ‘baseload’ as gas power stations are phased out”. One wonders if the panic over sky high global gas prices and the petrol supply crisis has concentrated a few minds. It always seemed likely that it would take a crisis and consequent panic in government to get nuclear going again, but one probably had in mind a few winter blackouts!

Two worries about this situation. A panic, knee jerk reaction to an energy problem is not the best way to settle a sound energy strategy. And, a few initiatives never amount to a strategy. Secondly, in their rush, is BEIS going to make the best choice of technology? Please do not have us ordering another “one-off” model or even the “first-of-a-kind”. We really need a copy of something that has already been built and successfully operated, if we are to have the credible, quick fix that BEIS are seeking.

Also, the Sunday Times has majored on BEIS’s plans for a series of new Small Modular Reactors. After years of dangling modest grants to fund design ideas, it seems that the stage is being set for the Government to support a real programme run by Rolls-Royce with their version of a small PWR. Again, has BEIS the capability of making a wise choice on technology?

So, after years of being ignored by the media, nuclear is rapidly becoming the flavour of the month. Hopefully, this recognition will last longer than that!