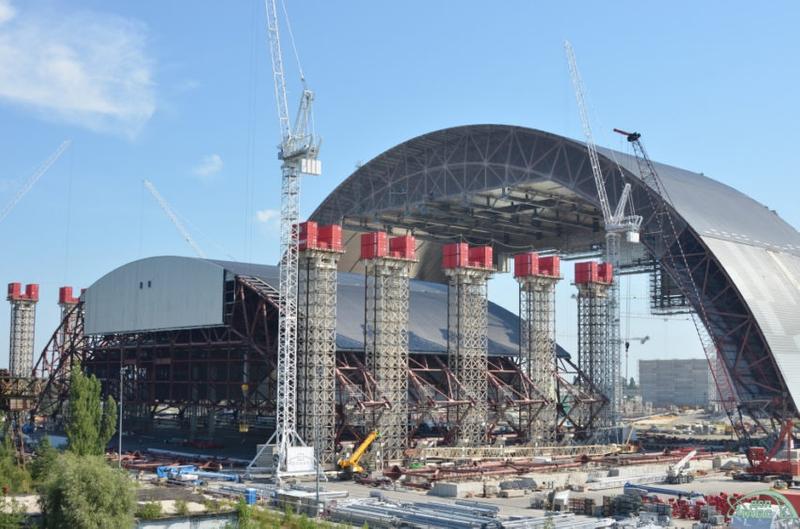 MW Hargreaves, a world-leading provider of complete ventilation solutions, has concluded a £10 million, two-year project at the Chernobyl New Safe Confinement (NSC) in Ukraine, one of the world’s largest engineering feats in recent history.

MW Hargreaves supplied over 6,000 metres of specialist ductwork to the site, alongside 41 tonnes of supports, all of which was British manufactured at the company’s site in Bury, Greater Manchester. In its procurement of 78 fans and a host of HEPA filters, air handling units and dampers, the company also used a number of British manufactured products.

“The Chernobyl New Safe Confinement is the highest profile and most important nuclear decommissioning project in the world. We’re proud to play our part in making the reactor site safe for future generations.

“At the project’s peak, we had ten staff working on the site in Ukraine in constant communication with the MW Hargreaves team in Bury to ensure the project was delivered both safely and to the highest standard.

“We are proud to have been awarded the contract as a result of our long- standing history of excellence within the nuclear industry.”

The scale of the NSC is vast, at 108 meters high at its peak, with a span of 257 meters. It is large enough to house the Statue of Liberty and Rome’s Colosseum. The 36,000 tonne NSC was assembled 327 meters away from reactor four and moved into place over a period of 15 days, at a speed of less than one centimetre per hour – making it the largest man-made object ever to be moved on land.

All ductwork manufactured and supplied by MW Hargreaves had to take into account the seismic activity at the site, with the company providing seismically qualified support and calculations for all the ductwork systems. MW Hargreaves also partnered with key suppliers in the UK and Europe to ensure compliance with local regulation on design codes, materials standards and business practices.

Despite all the strict specifications and the frequent changes in design requirements, MW Hargreaves had no environment, health and safety issues during the project.