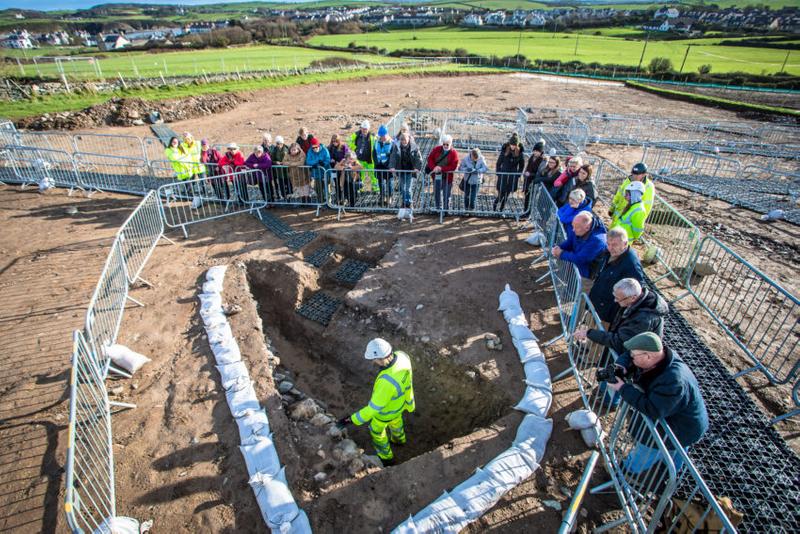 Anglesey’s hidden history has been uncovered by budding archaeologists taking part in a community dig and open days around the Wylfa Newydd site.

As part of its ongoing archaeological investigations for the Wylfa Newydd Project, Horizon Nuclear Power invited local people from across Anglesey and North Wales to take part in an archaeological dig over eight weeks around the proposed power station site.

More than 250 people joined a team of community archaeologists to uncover fascinating artefacts, Neolithic and medieval remains, and hidden secrets that laid beneath the historical landscape.
The dig, being run by Jones Brothers and Balfour Beatty, with expert input from Wessex Archaeology, is currently one of the largest in the UK, covering 100,000 square metres. One of the most exciting finds is evidence of a Roman- British settlement, dating between 43 AD and 410 AD. The discovery of wall footings, ditches and drains, gives a clear indication that people lived on the site around this time.

Local people also helped to uncover evidence of a possible large henge during the community dig; a prehistoric monument consisting of a massive bank and ditch earthwork, which was found on top of a hill overlooking the coast. The possible henge measures 40 metres in diameter and would have had a 2.5 metre high external bank when it was first constructed. The monument would have dominated the local landscape and been an important focus of ritual activity during the Neolithic period (c. 3000-4000BC).

To end the community dig, Horizon hosted five open days for the public, local school pupils and guests. These sessions gave visitors the opportunity to tour the dig site and listen to a talk from former Time Team experts, Matt Williams and Phil Harding of Wessex Archaeology.