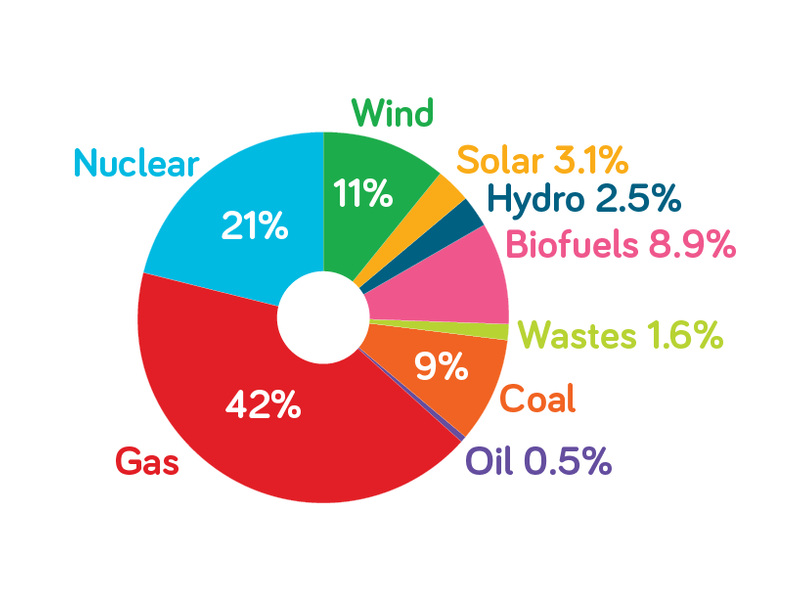 Official statistics published today show low carbon sources of electricity accounting for more than 45% of the power generated in the UK in 2016, marking real progress in reducing carbon emissions from the production of electricity.

With a need to reduce emissions in transport and heat to meet carbon commitments, there will be even greater reliance on electricity to enable homes, businesses and public services to function.

As National Grid’s recently published scenarios show, the move to electric vehicles and electric heating could increase peak demand from 60GW today, to 85GW is 2050, highlighting the need for a real focus on ensuring we have the means to generate the secure, reliable, available low carbon electricity to power our future.

However, the output from wind, solar and hydro reduced in 2016 as the country experienced less wind, rain and sunny conditions than in 2015. Generation from hydro sources fell by 14%, and onshore and offshore wind generation fell by 8.4% and 5.8% respectively.

Further analysis of the figures shows that nuclear produced electricity for 77% of the time, in comparison, the overall wind load factor was 29%, down from the record 33% in 2015. Additionally, the UK remained a net importer of electricity, mostly through interconnection with France which produces most of its power from nuclear power stations.

Between 2010 and 2030, the UK will have lost 65% of its centrally despatchable electricity generating capacity. Government and industry must work together to ensure the UK has the balanced, low carbon mix for the future which enables us to ensure energy security, reduce our exposure to the volatility of fossil fuel prices, meet our climate commitments and maximise the economic opportunities of clean growth.

This week’s announcement that the new electric MINI will be made in the UK, government plans to stop sales of petrol and diesel cars from 2040 and Volvo’s plans to only sell vehicles with an electric motor from 2019, will put added pressure on the UK’s electricity supplies to meet demand. National Grid’s Future Energy Scenarios 2017 predicts electric vehicles could add 8GW of demand at peak times.